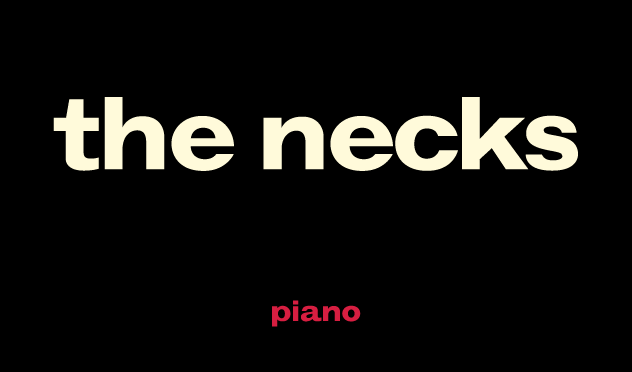 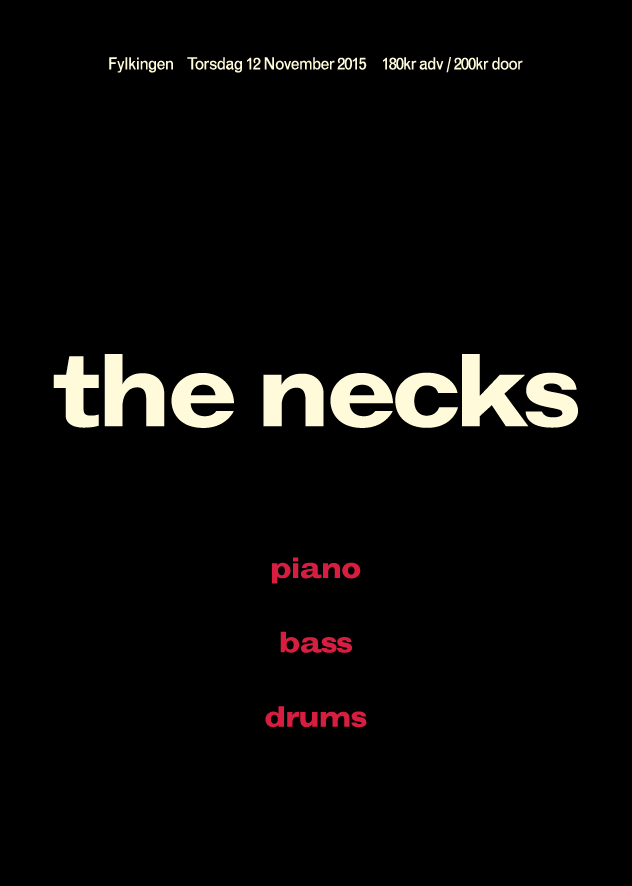 “One of the greatest bands in the world” New York Times

The Necks conjure a chemistry together that defies description and the deceptive simplicity of their music throws forth new charms on each listen. Together for nearly thirty years, their concerts are mesmerising occasions of collective spontaneous music making that bring to mind all kinds of avant-garde, minimalist, ambient and jazz praxis while creating something that is uniquely their own.

“…Entirely new and entirely now…They produce a post-jazz, post-rock, post-everything sonic experience that has few parallels or rivals. They may teach us to listen in a new way, but they communicate a fierce energy and warmth at the same time. Their music is a thrilling, emotional journey into the unknown. Like seeing a world in a grain of sand, The Necks permit us to hear a whole new world of music in a sliver of sound” The Guardian (UK)

The Necks – Live in Concert from Unseen Recordings on Vimeo.

It’s hard to pinpoint how The Necks sound because they sound like nothing and everything all at once. Their minimalistic, repetitive improvisation with piano, drums and bass sounds like it’s coming from one single never-heard-before instrument. The Necks can be delicately quiet where the slightest contact between a drumstick and a cymbal will take the music in a totally new direction, and they can come at you loud and fierce. They are a very rare musical experience.

This concert was filmed at Jazzhouse in Copenhagen and The Necks perform a piece called “Ohioan”.

Made possible with support from Kulturrådet and Stockholm Stad.